Special Collections are curated collections of research that address a specific topic or research question.

Knowledge Centers are a custom service of IssueLab providing organizations with a simple way to manage and share knowledge on their own websites.

Please login first to save in your collection.

SAVE TO MY LIBRARY

U.S. Muslims Concerned About Their Place in Society, but Continue to Believe in the American Dream

The early days of Donald Trump's presidency have been an anxious time for many Muslim Americans, according to a new Pew Research Center survey. Overall, Muslims in the United States perceive a lot of discrimination against their religious group, are leery of Trump and think their fellow Americans do not see Islam as part of mainstream U.S. society. At the same time, however, Muslim Americans express a persistent streak of optimism and positive feelings. Overwhelmingly, they say they are proud to be Americans, believe that hard work generally brings success in this country and are satisfied with the way things are going in their own lives – even if they are not satisfied with the direction of the country as a whole. 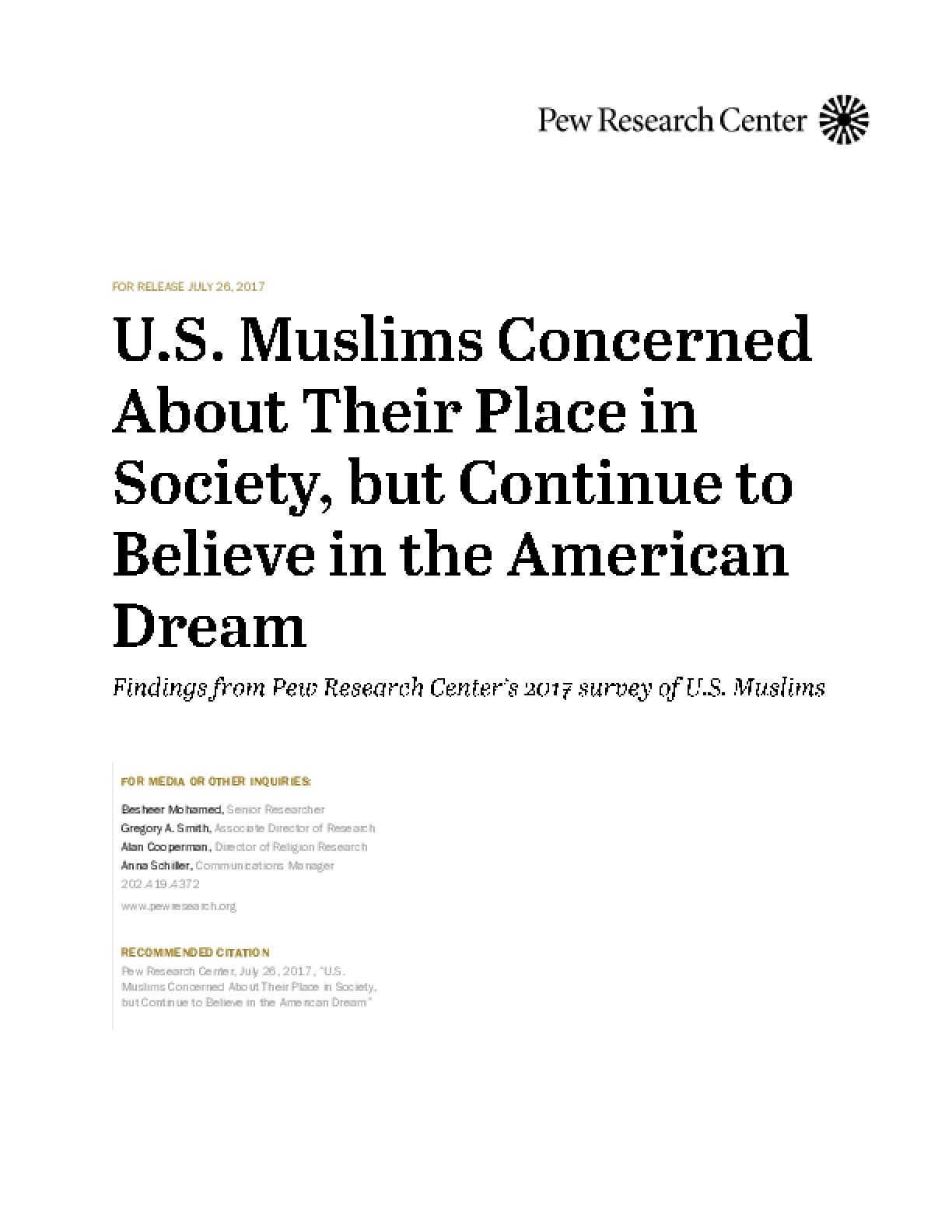 This web page is marked up with Schema.org microdata and formatted for machine-reading. Here's why that matters. Have a peek at what a machine sees here .